How does the leakage circuit breaker work In the figure, l is the electromagnet coil, which can drive the knife switch K1 to disconnect in case of leakage. Each bridge arm is connected in series with two 1N4007 to improve the withstand voltage. The resistance values of R3 and R4 are very large, so when K1 is closed, the current flowing through L is very small, which is not enough to cause the switch K1 to open. R3 and R4 are voltage equalizing resistors of thyristors T1 and T2, which can reduce the voltage withstand requirements of thyristors. K2 is the test button, which plays the role of simulating leakage. Press the test button K2 and K2 is connected, which is equivalent to the leakage of the external live line to the earth. In this way, the vector sum of the current of the three-phase power line and zero line passing through the magnetic ring is not zero, and there is an induced voltage output at both ends a and B of the detection coil on the magnetic ring, which immediately triggers T2 conduction. Since C2 is charged with a certain voltage in advance, after T2 is turned on, C2 will discharge through R6, R5 and T2 to generate voltage on R5 and trigger T1 to turn on. After T1 and T2 are turned on, the current flowing through L increases greatly, so that the electromagnet acts and the drive switch K1 is disconnected. The function of the test button is to check whether the function of the device is intact at any time. The principle of electromagnet action caused by electric leakage of electrical equipment is the same. R1 is a varistor for overvoltage protection. This basically constitutes the most important function of leakage protection in the working principle of leakage circuit breaker.

Finally, briefly describe the working principle and some common applications of general household leakage circuit breaker. As an effective electrical safety technology device, leakage circuit breaker has been widely used and played an important role. According to medical research, when the human body is exposed to 50Hz alternating current and the electric shock current is 30mA or less, it can withstand several minutes. This defines the safe current of human electric shock and provides a scientific basis for the design and selection of leakage protection devices. Therefore, leakage circuit breakers are set in the power branch where mobile appliances and appliances in wet places are located. It is an effective measure to prevent indirect contact and electric shock. In the national standard, it is clear that “except for the air conditioning power socket, other power socket circuits shall be equipped with leakage protection devices”. The leakage action current is 30mA and the action time is 0.1s. I think these are very important to our daily life and deserve our attention. 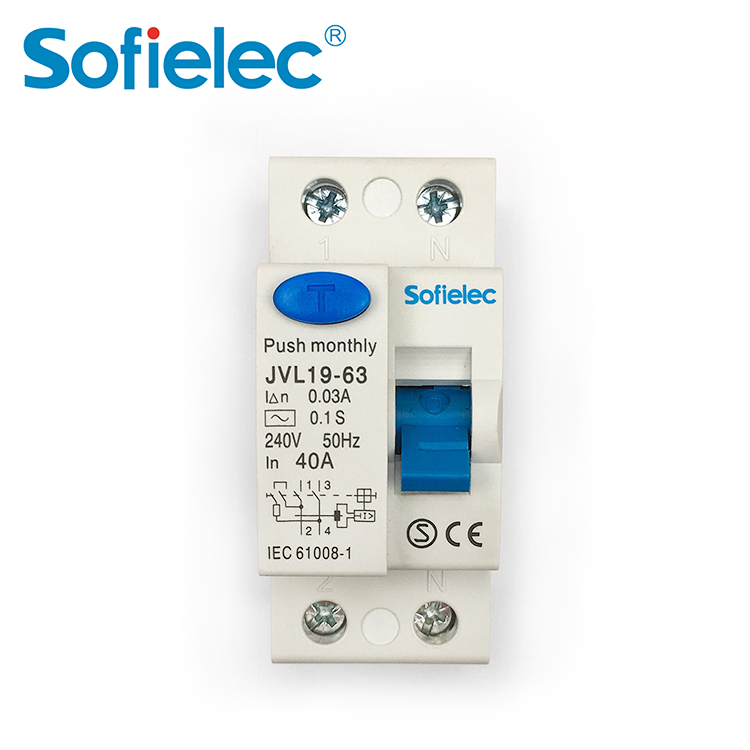 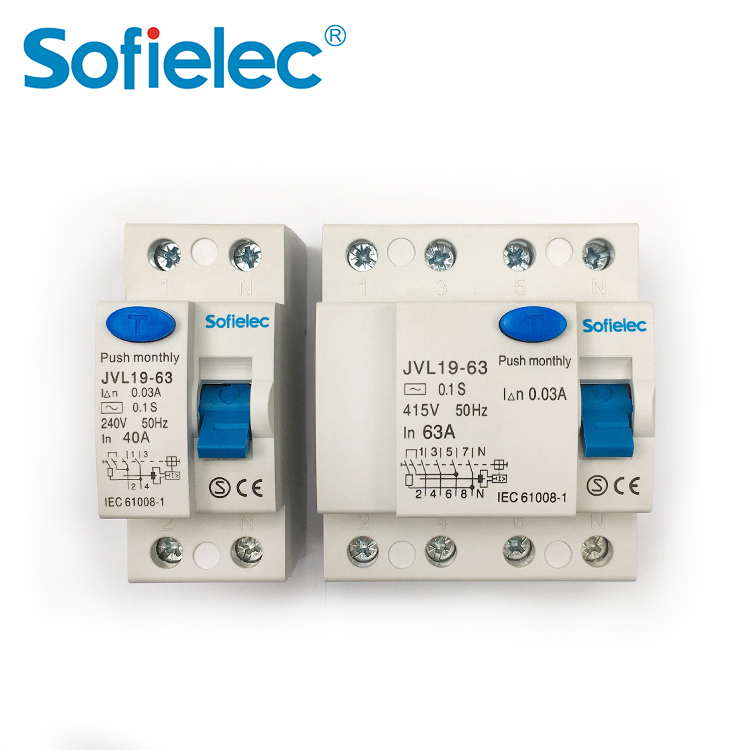 Schematic diagram of working principle of leakage protector of three-phase four wire power supply system. TA is the zero sequence current transformer, GF is the main switch, and TL is the shunt release coil of the main switch.

Under the condition that the protected circuit works normally without leakage or electric shock, according to Kirchhoff’s law, the sum of the current phasors at the primary side of TA is equal to zero, that is, in this way, the secondary side of TA does not generate induced electromotive force, the leakage protector does not act, and the system maintains normal power supply.

When leakage occurs in the protected circuit or someone gets an electric shock, due to the existence of leakage current, the phasor sum of each phase current passing through the primary side of TA is no longer equal to zero, resulting in leakage current IK.

Alternating magnetic flux appears in the core. Under the action of alternating magnetic flux, the induced electromotive force is generated in the coil at the secondary side of TL. this leakage signal is processed and compared through the intermediate link. When it reaches the predetermined value, the coil TL of the shunt release of the main switch is energized, the main switch GF is driven to trip automatically, and the fault circuit is cut off, so as to realize protection.