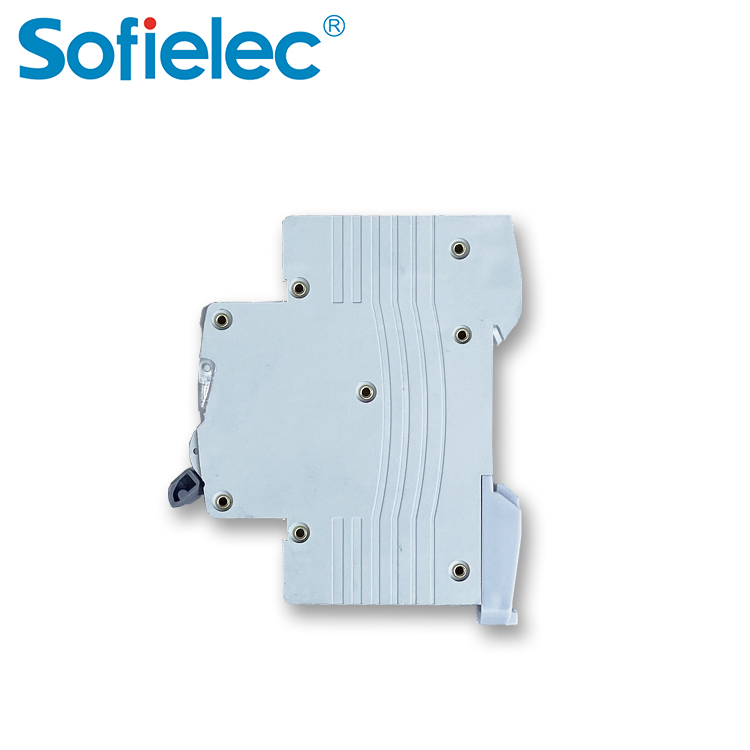 What is a circuit breaker?

Generally speaking, a circuit breaker is a type of switch that protects us from dangerous electrical situations by automatically turning off the flow of electricity when an overload or other fault occurs.

MCB, the bimetallic strip is heated and deflects by bending. This deflection of bimetallic strip releases mechanical latch. As this mechanical latch is attached with operating mechanism, it causes to open the miniature circuit breaker contacts. But during short circuit condition, sudden rising of electric current, causes electromechanical displacement of plunger associated with tripping coil or solenoid of MCB. The plunger strikes the trip lever causing immediate release of latch mechanism consequently open the circuit breaker contacts. This was a simple explanation of miniature circuit breaker.

When can I get the price?

A:We usually quote within 12 hours after we get your inquiry. if you are very urgent to get the price, please call us or tell us in your email so that we will regard your inquiry priority.

How can I get a sample to check your quality?

A:After price confirmation, you can require for samples to check our quality.
If you just need a blank sample to check the design , we will provide you sample , as long as you afford the express freight.

Can you do the design for us?

A:Yes. We have a professional team having rich experience in mcb/rccb design and manufacturing. Just tell us your ideas and we will help to carry out your ideas. It doesn't matter if you do not have someone to complete files. Send us high resolution images, your Logo and text and tell us how you would like to arrange them, We will send you finished files for confirmation.

How long can I expect to get the sample?

A:We accept EXW,FOB,CFR,CIF,etc. You can choose the one which is the most convinent or cost effective for you.

What cerficated do you have?

How about the transport ?

A:We usually transport by Express for small order and by sea or by air for large quantity.